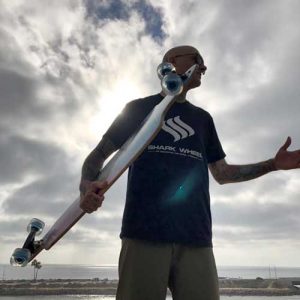 Steven Meketa was born in Cleveland,Ohio in 1972.

At age 8 Steven discovered skateboarding and his life changed.

As with most skateboarders Steven jumped on his board and his natural instincts took over and Steven was regular footed.

After many years of skating Steven put his board away to focus on punk rock music.

Years passed by and due to poor eating habits and lack of exercise Steven’s health took a turn for the worst.

Countless doctor visits and trips to the emergency room and eventually major surgery. Steven had to have his colon removed. After pathology tests were completed it was proven that Steven had a ruptured colon and it had turned cancerous. He almost died. His road to recovery was a slow painful one. Steven had to retrain his body and majorly adjust his eating habits. Steven is now a strict vegan. After meeting with his doctors at the world renowned Cleveland Clinic Steven was told to workout – exercise DAILY. His doctors said he should perhaps ride a bike. Steven not much a bike rider so he told his doctors. “I will start skating again!”

Steven moved from Cleveland to San Diego, where he met his hero and mentor, Chris Yandall and the rest is history!!!

Steven’s goal is to make skogging a household name. He is out showing the world the pedidexterity mission!!! Steven says “skogging leads to great health”

Shark Wheels is the company that reinvented the wheel!! The shape and design of their patented wheels help riders cruise and carve through all sorts of terrain and rip through debris.

I knew of Shark Wheels but it wasn’t until I tried the wheels that a friendship began. After Skogging their complete set up of board-trucks-bearings and wheels, I became a complete sponsored rider.
As we see it Shark Wheels are the perfect wheel for Skogging. The design is so different and easily recognizable just like Skogging!! So the partnership is a no brainer!!
~~ Steven Meketa 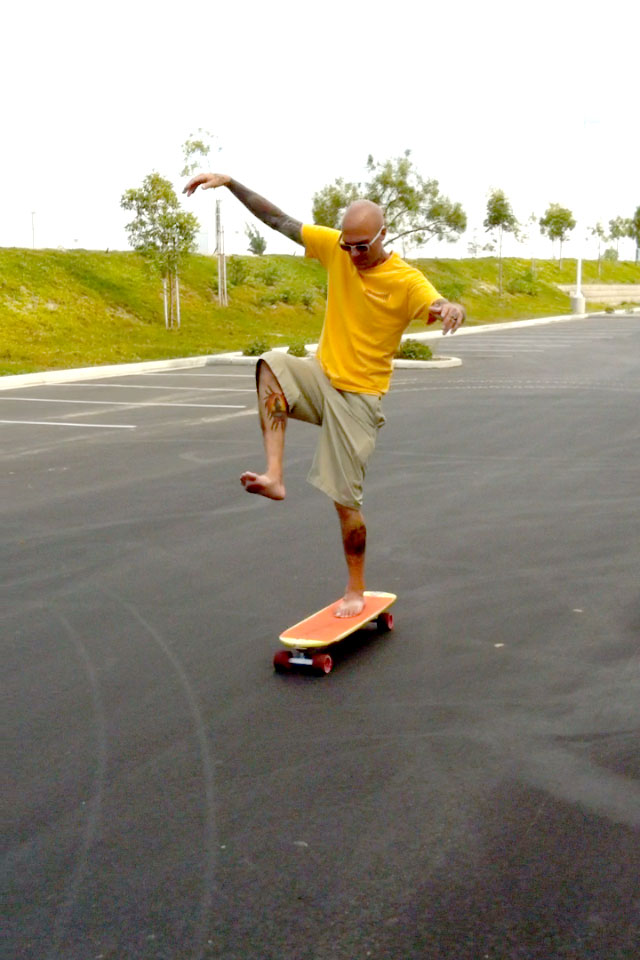 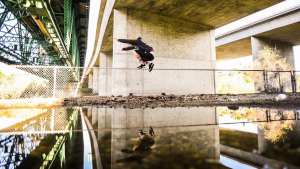 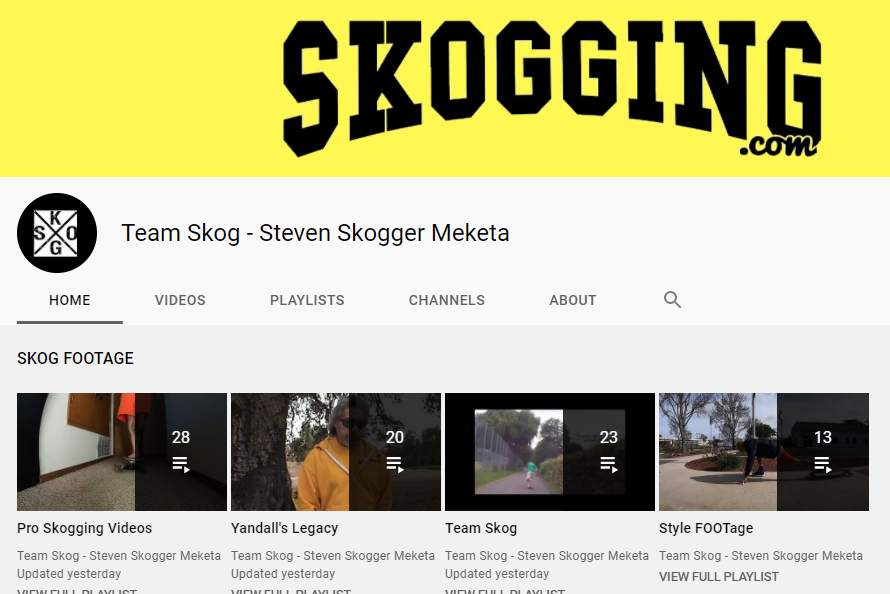 Great beginners board for big guys. This baby does the dirty deed of turning fast with a surfy feeling. CLICK HERE